A method of communicating with external devices using voltage output such as 0 to 10 V. This enables output of PV (measured temperature etc.) and reception of values like SV (set temperature).

A device which protects load circuits and wires by breaking the circuit when an abnormal current flows in an outlet circuit due to problems such as overload or shorting. Depending on the application, a breaker may be called a motor breaker, circuit protector or other names. Ground fault circuit interrupters monitor both current in the main circuit and leakage current, and break the circuit if leakage current is too high.

A device which produces DC power from commercial AC power. DC power is for CPUs inside equipment and other control circuits. Peltier elements for Peltier circulators, thermoelectric baths and other equipment are driven with DC power, so they have a high-capacity DC power supply built-in.

An electric device for turning power circuits ON/OFF to start and stop power equipment (e.g. motors, heaters). Just like a relay, these devices open or close a mechanical contact with the power of a solenoid. The principle of operation is the same as a relay, but a contactor is designed for high-voltage and large current.

A device integrating an electromagnetic contactor with a thermal relay.

An EMO (EMergency Off) circuit is an electrical circuit provided to shut off all power and ensure safe conditions when an emergency stop button (EMO button) is pressed in an emergency.

This is an equipment control circuit for shutting off power in case of trouble. The circuit is logically configured using only relays and other hardware, and does not use software running on the CPU.

A type of motor protection generally used for small AC fan motors and other small motors.
The motor is constructed so that it will not rise above a certain temperature, even when locked for some reason, due to the inherent impedance (AC resistance) of the motor coil itself.
Therefore, the motor itself is protected against burnout, even though no thermal relay or other protective device is installed.

Electrical resistance between the conductor inside the device and the chassis (grounded). In insulation resistance testing at product shipment from the factory, it is checked that the resistance value with a measured DC voltage of 500 V (or 250 V) is at or above the reference value (a value such as 1 MΩ; varies depending on the model).

Electric potential difference where an insulator material will not be destroyed. In withstand voltage testing at product shipment from the factory, a high AC voltage of 1.5 kV (varies depending on the model) is applied between the electric circuit conductor and the chassis (grounded). Then it is checked that there is no flow of leakage current above the reference value.

There are two frequencies for commercial AC power: 50 Hz and 60 Hz. The AC motors installed in temperature control equipment turn at a rotation speed corresponding to the power supply frequency. When operating with a 60 Hz power supply, the rotation speed is generally 10% faster than with 50 Hz. In the case of a pump, the flow rate and pressure increase, and in the case of a compressor in a refrigeration circuit, the cooling capacity increases. Current consumption also increases in the same way.
In the case of a resistance load, such as a DC pump or heater, performance does not depend on the frequency.

A switch which turns a mechanical contact ON/OFF with the power of an electromagnet (solenoid). This makes it possible to turn ON/OFF the high power of the contact with the low power needed to drive the electromagnet only, and thus relays are used for amplification. They are also frequently used as logic elements in sequence circuits.

A standard for serial communication. This is the communication standard when connecting a PC with an acoustic coupler or modem, and is used for one-to-one communication between PCs.
Since RS232C itself only roughly stipulates the use of wiring systems and other hardware, detailed hardware specifications and software protocols are determined independently by each equipment manufacturer.

Input/Output signals such as alarm signal, or operation signals. Since there are various communication methods depending on the equipment model, such as relay output and open collector output, communication specifications must be checked before wiring.

A relay which enables switching of high power using low power by using a thyristor or other semiconductor element. In comparison with an electromagnetic relay, this type has no mechanical moving parts, and thus is capable of high-speed switching. SSRs are compact, and have a long service life.
However, this does not mean that contacts are physically isolated. The fact that there is some leakage current even when the device is OFF must be taken into account.

A circuit protection device incorporated into the power input circuit of a motor to provide output when motor overcurrent is detected. It is comprised of a heater which heats up in response to current, and a bimetal which opens and closes a contact in response to that heat. Since the thermal relay itself cannot open and close a high capacity power circuit, the main circuit for a motor or other device is broken by incorporating a control circuit with an electromagnetic contactor or relay.

With three-line AC current or AC voltage, the phases of the lines are shifted by 120°.
The current values of each line are 1/ 3 smaller than single phase with the same level of transmitted power, so thinner wires can be used. There is also the advantage that a rotating magnetic field can be easily produced. (It is possible to use a 3-phase motor with a simple structure.)
A 3-phase power supply is used for equipment with high output. 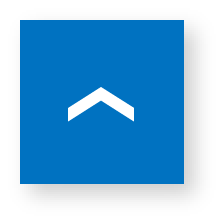